by uzma on April 26, 2019, filed under Currently, Inspiration, PUSSY POWER! 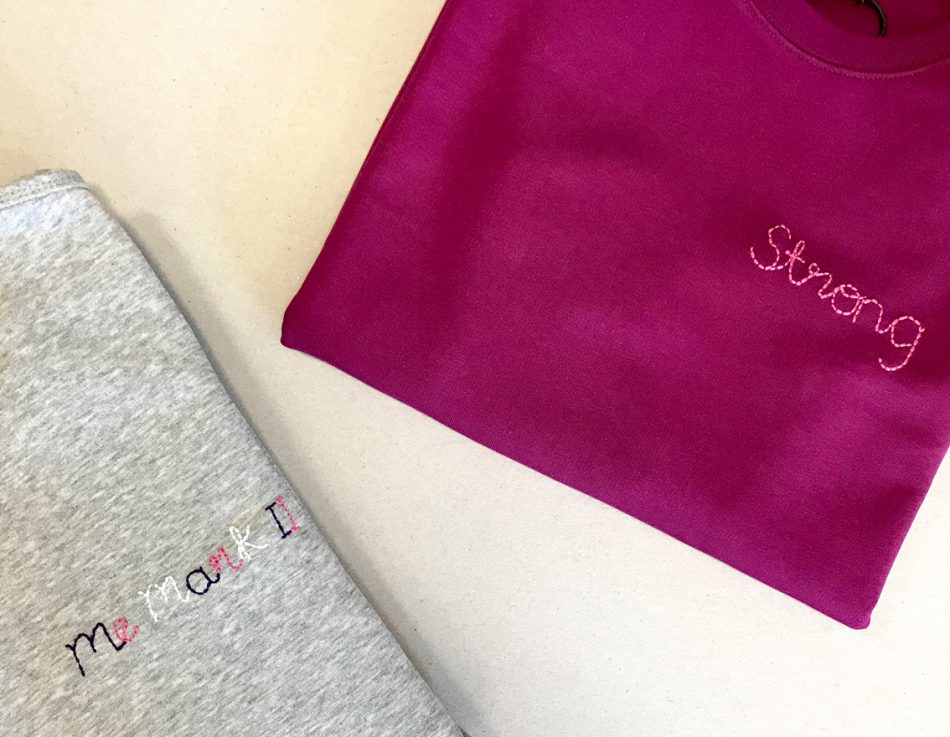 At Uzma Bozai, we believe that all women are strong and that we should celebrate our stories and the journey that made us who we are. Our Strong Women Campaign was launched to encourage us to believe in our own inner strength and has been worn as a badge of honour by some inspirational women who have shared their stories of strength.

One of the first sweatshirts we designed for the Strong campaign was for Anya who asked us to embroider the slogan “Me Mark II”. Her story is truly inspirational and she was kind enough to share her incredible journey battling brain cancer whilst raising her 4 year old with us….

UB:Before your diagnosis, what did you consider to be your driving force?

Anya: Before my diagnosis my driving force was success, I was intent on reaching a level in my career that I felt reflected my potential, my capability and achievements. I strived for recognition in this way, I was motivated by the next promotion. However much I told myself I believed that success in life meant contentment and that it didn’t matter what you did, the way I was living did not reflect this and it appeared that I had a lot to prove to myself that always seemed to manifest in gaining recognition at work.

UB: And then after?

Anya: When I received the news that I had a brain tumor, a large one that would be fatal if not treated imminently, my world stopped in an instant. It felt like going into freefall, not just for that moment as I would have expected, but for months. I struggled to picture my future, and the foundations upon which I had built my life seemed to be shifting, I would later realise that it was everything that mattered to me being slowly reshuffled. My brain surgery was a success but had many devastating complications and was followed by over a year of rehabilitation and recovery. My life came to a standstill on the day the news of my tumour was delivered, but it shattered into pieces the day I had my tumour treated. What followed was months of rebuilding a life from those pieces, having to reassess everything that had made up my life in the 45 years beforehand.

My driving force now is purpose. To have survived something like this, to have come back from such a low baseline post surgery I feel a need to do something meaningful and intentional with my life. After losing everything I recognised as my life overnight – the ability to work, to look after my daughter, to go out and socialise with friends, to be active, to connect with people without feeling crippling anxiety, to feel happy – life has become more precious to me and I want to do something valuable with it. I now volunteer with The Brain Tumour Charity and with my Neuro Physio team which I hope is the start of more work I can do to help people affected by neurological events and diseases.

Its also more important than before just to be happy in each moment, and to recognize that what I’m doing right now should be celebrated, and is always enough. For so long so many things were out of my reach and I don’t take anything for granted now. 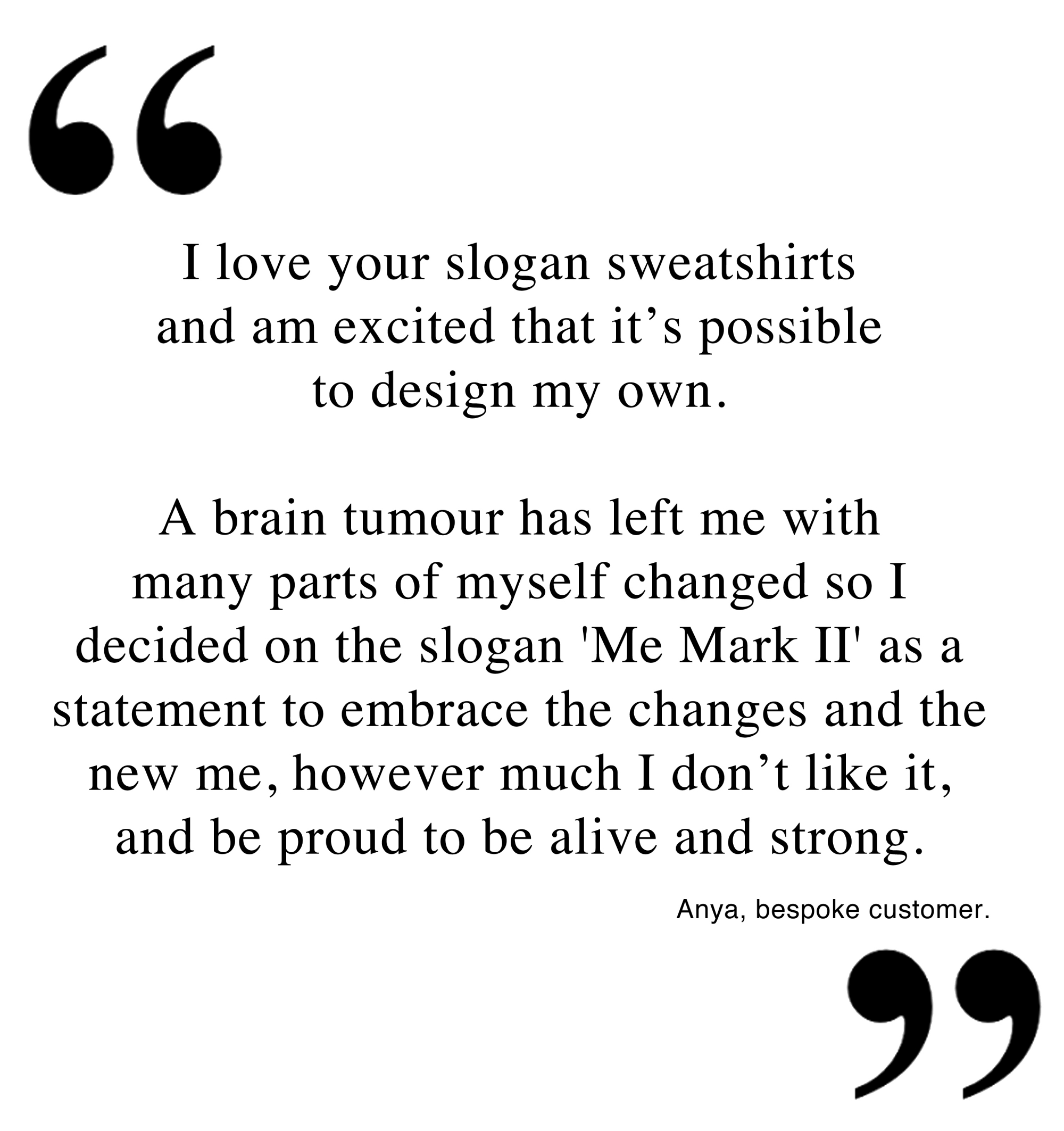 UB: Your ‘Me Mark II’ sweatshirt is all about celebrating your strength – what was it that gave you the strength to fight for your health?

Anya: My daughter Lyla was 4 when I was diagnosed and she was the reason I found both the courage to walk into a brain surgery I knew carried uncomfortable odds of bad outcomes for me, and the strength to get up every morning in the months afterwards and spend the day in rehab – retraining my brain to balance so I could be safe to look after her unsupervised, learning to walk again to be able to take her to school, working towards speaking clearly to be able to read her bedtime stories, doing physio day after day to retrain my face to work properly so I could smile at her again.

I was undeniably driven by the hope that I could regain a life of my own, but stronger still was the desire to be able to be the mother I wanted to be for my daughter again.

UB: You say that you have had to embrace the new you –In which way do you think you have changed? What was it that helped you to accept the changes and celebrate them?

Anya: Unfortunately, due to the location of my brain tumour and complications from my surgery I have changed in many ways physically. I lost my hearing on one side, I have balance challenges, I had a left sided weakness that will resurface every once in a while, and most devastatingly I was left with facial palsy which is paralysis of one side of the face that has changed the way my face works and looks. I have been fortunate to have had some recovery but sadly it will never fully recover and I needed eye surgery to address permanent damage.

Psychologically I have changed immeasurably. I have been through a significant trauma and experienced loss which has impacted me emotionally and affected my confidence. I believe that I am now stronger and more resilient as a result, although there have been some very dark times along the journey when I believed I could not go on.

I am a different person now in other ways. Even though I only have one ear I think I listen more than I ever have, I have greater empathy, I give more time to others and I prefer time one on one whereas before I was often craving a crowd. Simply put I am more present.

A feeling of starting to live again is what propelled me to accept the changes and begin to celebrate them. After over a year of not really living, just focusing on the next rehab therapy or surgery, it was incredible to finally feel I had rebuilt a life but it was tinged with disappointment. I felt an overwhelming grief from knowing I was not the same anymore, I felt damaged and lesser than I once was, lesser than other people. But when I focused on what I had achieved, how far I had come in rehab, and allowed myself to feel proud for being strong all of my new imperfections became a part of that.

I saw a quote on the tube on the last day I went into my office before my surgery “A champion is simply someone who didn’t give up when they wanted to” Tom Landry Dallas Cowboys Coach 1960-1988. I read that quote many times during rehab, because there were so many days I did want to give up, and I think finally after 18 months I acknowledge that I didn’t give up and I’m still here, I’m still moving forwards, and I am proud of that.

UB:What is your definition of a Strong Women?

Anya: Someone who is not afraid to be herself, whatever life has brought her way, and who is able to live fully in the face of adversity. The role models I have taken my strength from on my journey have all shown me that this is possible. 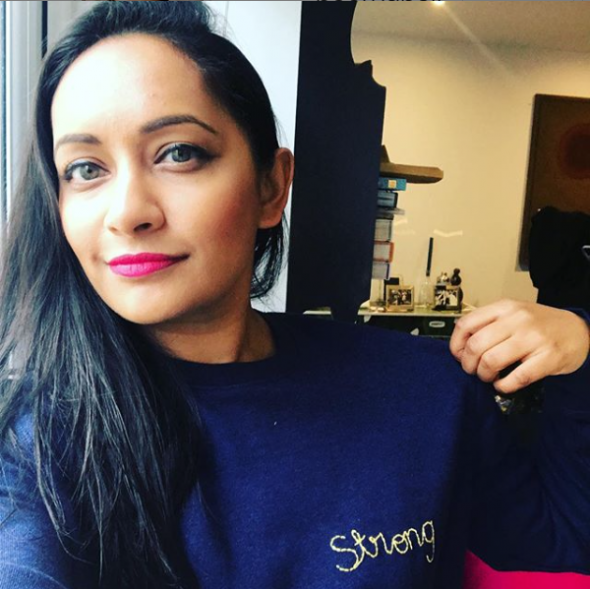 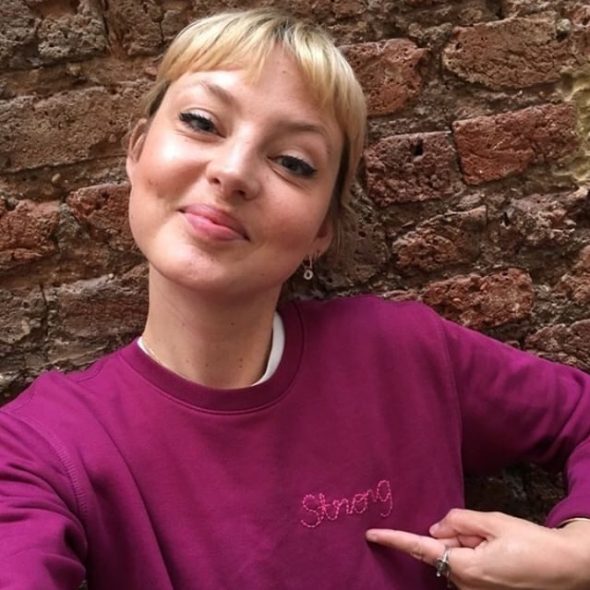 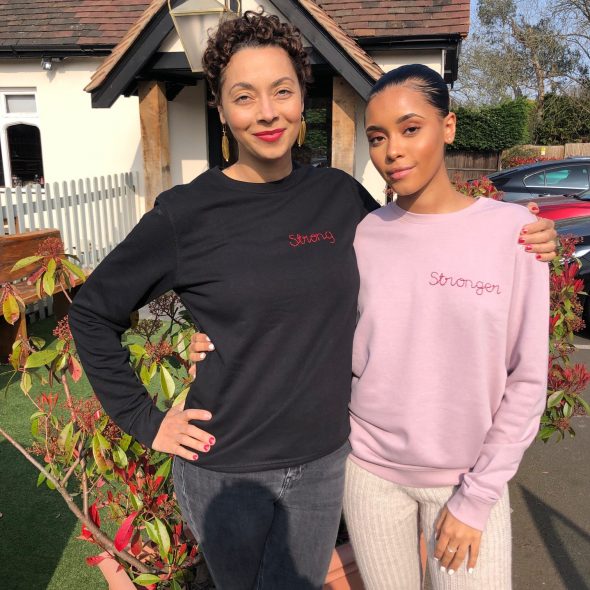